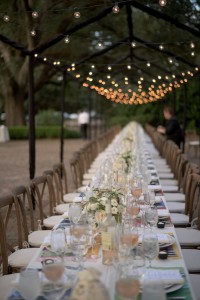 The dinner included cocktails, live entertainment, and silent and live auctions of unique artwork from the estate of George Rodrigue.  Proceeds benefit Louisiana A+ Schools, a non-profit arts in education organization, which is sponsored by the George Rodrigue Foundation of the Arts. 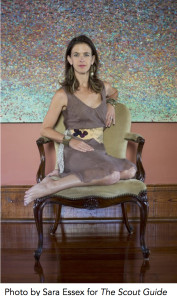 Named one of the Top 100 Party Hosts in the U.S. by The Salonniere

When we consider artistic exports from the city of New Orleans, most often we think of music and cuisine, but there are artists of all kinds inspired by the saucy flavor, Old World sophistication, and cool attitude for which the Big Easy is known. In the case of Alexa Pulitzer, classical style mixes with her vast experience abroad in creating her sophisticated original paper collections. Steadily gaining attention throughout the world, the designer is highly sought out for her custom stationery, branding and private label collections. For over 25 years, Alexa Pulitzer, LLC has proudly manufactured its products in the USA and grown to be one of New Orleans’ proudest exports, so much so that the City of New Orleans hired her to create its Tricentennial logo.

Justin Devillier was raised in Dana Point, California, a small beach town in South Orange County. He spent summers fishing for Yellowtail and Albacore tuna, and in the fall and winter he would dive for lobsters just steps from his front door. This bounty of local seafood inspired him to enter the culinary industry, and after working in local restaurants right out of high school he decided to focus all of his time on becoming a chef. In 2003, Devillier moved to New Orleans in search of a vibrant restaurant community. He cooked in the kitchens of Bacco, Stella and Peristyle, where he learned the intricacies of French cuisine from his mentor, Chef Anne Kearny-Sands.  He currently owns La Petite Grocery and Balise with his wife Mia.

Special Thanks to our sponsors!

SPECIAL THANKS TO OUR WINE SPONSOR:

Each course was paired with a wine selection from Moet Hennessy

Iced Gulf Oysters on the Half Shell with Traditional Accoutrements